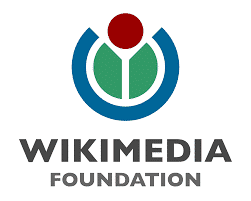 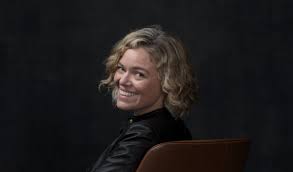 DINAcon: What was the last edit you made that was rejected?

Katherine Maher: I made an edit that was rejected on an article about the Caribbean. Another editor and I disagreed around the tone of a paragraph. Regardless of my view of the tone, I appreciate that Wikimedians are passionate about debating each editing decision. We place a high value on accuracy, which strengthens our ability to be an independent source of information.

What Wikipedia page surprised you most?

Wikipedia is changing all the time, but I tend to most enjoy the random and ephemeral things that you’d only find on Wikipedia, such as “Lists of lists of lists.” [1] On English Wikipedia, there is an article about fictional states of the United States [2] on which people track states that don’t actually exist, but that are mentioned in film, television, or books. Recently, Wyoming appeared on this list, which was surprising because Wyoming is definitely a real state in America––I know, because I was just there this summer! Wikipedia volunteers keep an eye on these things, so it was fixed once it was spotted.

Wikipedia was and still is a pioneer in the digital age: public and license free access to knowledge, low hurdles for participation and an open source architecture. What pitfalls does this openness bring?

I’m always fascinated by how frequently I’m asked about what’s wrong with Wikipedia’s model, rather than what’s right. After all, we’re the fifth most popular website in the world, we defend user rights and privacy, we’re non-commercial, and we do it with far fewer resources than other large sites.

Openness isn’t a pitfall, it’s the not-very-secret secret to our success. It’s true that we move more slowly and that we have to negotiate and consult with more people. But this also means that our decisions are better informed, that our values are more enduring, and that the technology that we build works for more people. We move slow, but we build things that endure.

That said, I do think that we have to view the veneration of openness with constructive criticism. Too often, the tech community assumes that what works for a standard or protocol can work when applied to complex social and governance systems. But decades of open culture haven’t made for a radically more inclusive world - rather, they’ve largely replicated existing biases and power structures. Let’s be open, of course, but open with intention. We must question whether our own structures in the open community have contributed to or reinforced inequities.

Wikipedia has become a trusted source of information. Trust in knowledge and truth has been suffering, in particular online. How is it possible for Wikipedia to guarantee a neutral version of truth?

We don’t guarantee the truth. Instead, we strive to offer the best possible representation of what humanity knows at any given moment. To us, neutrality is about presenting information in an unbiased way, so that people can learn about a subject and form their own understanding. We know that Wikipedia is always changing, so we encourage people to read critically, check the citations, and consult other sources when appropriate.

Wikipedia is honest and transparent about the fact that it is imperfect and incomplete, and we’re always working to improve. We don’t assume people will trust us, instead, we’re always working to earn their trust. We think we’ve developed strong practices over our 17 years that are good guidance for evaluating information, even in difficult circumstances. But they’re not new practices: we learned our sourcing, peer review, and continuous revision skills from journalism, academia, and scientific research. Our contributor community takes these practices seriously, and this is what differentiates the Wikimedia movement in the global knowledge information ecosystem. It is what makes us sustainable and why I believe we’re going to be around for the long haul.

Hundreds of thousands of volunteers work to improve the platforms. Volunteerism is crucial to the origin of the internet, is it also the future?

Volunteerism played a fundamental role in the early distributed internet, but in recent years, the internet has evolved into a network that is more centralized, with more power held by fewer larger organizations. This is worrisome, because the promise of the early internet was that it was a participatory place, where anyone could contribute with relatively low barriers to entry. As we move away from that, we move away from a network designed for participation and for people, and toward a network designed for power and for profit.

However, I don’t think it is useful to be nostalgic about the early internet. Most people online today have no memory of it––how can people miss something they never knew? I think it’s more helpful for us to focus on what was meant to be: on reinvigorating the idea of an egalitarian network for learning and participation.

In a participatory and inclusive network, there’s space for experts and amateurs, professionals and volunteers. At Wikimedia, we rely on and celebrate the essential role volunteers play in building the digital commons. Hundreds of thousands of Wikimedia volunteers contribute our time, our knowledge, and our enthusiasm because we believe the internet belongs to everyone–-and that knowledge belongs to everyone.

What trends in the Wikimedia universe are you most excited about?

I am endlessly excited by the incredible Wikimedia community. At the Foundation, we know that some of the most interesting initiatives and innovation come from the most unexpected places. Community members led the first partnerships with cultural institutions, they also are responsible for creating Wikidata. Today, these two efforts are tremendously important in our work.

I just returned from visiting the Wikimedia communities in South America, where I saw examples of this creativity in action. The Argentinian Congress has recently been engaged in robust and controversial debates about women’s rights. As these debates took place in the houses of the legislature, the independent Wikimedia Argentina chapter followed along, sharing relevant Wikipedia articles and facts on their social media channels. The campaign was called #Wikipediaendebate (Wikipedia in Debate). For 27 continuous hours, more than 190 Wikimedians analyzed political representatives’ speeches, identified key concepts and checked them against Wikipedia articles [5] They established a list of resources that Argentinian citizens would need to engage in the debate, and organized editing activities to ensure that the related Wikipedia articles were of good quality. The idea wasn’t to choose a side, but to support informed decision making, which, after all, is at the heart of truly open societies.

Wikidata is the database of free knowledge, what opportunities does linked open data bring?

Linked open data is a critical part of the future of free knowledge. It connects concepts and languages in ways that unstructured text simply can’t. With more than 50 million items (and growing rapidly) [6] Wikidata is the backbone for structured information within the Wikimedia projects. Wikidata makes information much more discoverable, offering us the ability to make complex queries, draw insights from the connections of ideas and concepts, and connect to knowledge outside the Wikimedia ecosystem.

For example, currently, the images and media in Wikimedia Commons are described only by informal and often inconsistent notation. This makes it difficult to find things, hard to compare them, and often disconnects an image from its source or home institution. The Wikimedia Foundation has partnered with Wikimedia Deutschland, the independent nonprofit organization dedicated to supporting the Wikimedia projects in Germany, to integrate Wikidata into Wikimedia Commons. This will help create common standards that will make Wikimedia Commons’ more readily searchable from the rest of the web, and also easier to integrate with the collections databases of of archival and cultural institutions around the globe. This common structure and architecture will ultimately make it easier for people and institutions to share, access, and reuse high-quality and free educational content.

How would you describe the contribution of the Wikimedia Foundation on the sustainability of the global digitalized society?

The Wikimedia Foundation is one part of a much larger Wikimedia movement that includes editors, user groups, and independent chapters all around the world. Collectively, our promise is to build a world in which every person can share in knowledge, not just consume it. In pursuit of this, we advocate and build toward greater openness, greater sharing, a richer commons, and making more knowledge available to more people. And our global impact is immense: Wikipedia is the fifth-most popular website on the planet, home to more than 45 million articles across around 300 languages, visited by around 1.5 billion devices every single month.

But our local impact is just as significant. Each of the independent Wikimedia affiliates is deeply connected to the communities they serve. Wikimedia Switzerland, for example, is launching a new certification and life-long learning program. Through using Wikipedia and other Wikimedia projects, they are helping people develop and strengthen the hard and soft skills that are increasingly important in today’s professional environment–-for example, critical thinking, communication, creativity and collaboration.